A fox’s brush is 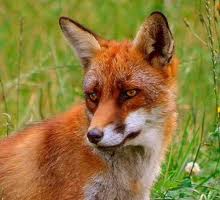 as rare
as a unicorn’s horn,
or dragons teeth
on the island of Colonsay.

The island of Colonsay has, been fox-free and is officially recorded as such in documents dating back to 1892. This week a lone red fox was found dead at Scalasaig with a large ga

sh behind its left ear. It is believed to have bled to death. How the animal reached Colonsay remains a mystery. The nearest place is Islay which is 15 miles away by sea.

Does every barcode scanned,
capture part of the human soul?

Ship’s horns sounding
on The Firth of Forth,
make me think, of
Julia Holter’s Tragedy.

Ice cracking
on the lily pond
in Dunfermline Glen.

[Snyder] views his work as inhabiting “the mythopoeic interface of society, ecology and language.”

He enlarges one’s delight in existence and amplifies the élan vital, the life force coursing through it all.  And if so doing he also, as Freeman House put it, “gives you the permission to use your senses and offers tools to take on the more destructive aspects of Western Civilization,” all the better.

The sense of work centred in place, of addressing a community that includes plants and animals as well as people.

The nature of imagination tends towards integration, inclusion and intimacy and as such is inimical to the alienation and homogeneity of corporate global capitalism, centralised government and the other forces of darkness that regard the planet as dominion rather than domicile, markets instead of hearths.

As his essays prove and his poems embody, Gary Snyder is among the most ferociously imaginative proponents of the bio-centric (“life-centred) view over the egocentric (self-centred) model.

All of this also highly resonant with some of the key ideas of Patrick Geddes:

This is a green world, with animals comparatively few and small, and all dependent on the leaves. By leaves we live. Some people have strange ideas that they live by money. They think energy is generated by the circulation of coins. Whereas the world is mainly a vast leaf colony, growing on and forming a leafy soil, not a mere mineral mass: and we live not by the jingling of our coins, but by the fullness of our harvests.”

Everything I have done”, he once said at Le College des Ecossais, “has been biocentric; for and in terms of life, both individual and collective; whereas all the machinery of the state, public instruction, finance and industry ignore life, when indeed it does not destroy it. The only thing that amazes me, therefore, as I look back over my experiences is that I was not caught and hung many years ago.”

Well fair to say that  there was not exactly an embarrassment of riches in the number of 2011 CE postings.  That is not to say that there was little activity.  Many randonnées, promenades, dérives and field studies were undertaken and valuable data collected for the archive. Perhaps it will be written up at some point and dribble out.  Perhaps not.  Some of this stuff needs time to gestate, energies need to be absorbed and connections mapped.  Anyway, the collective takes the view that linear chronology is much over-rated as are arbitrary time divisions such as months and years.  2011 CE should also be enough evidence that the trigger has been pulled to sink the final bullet into the twitching corpse of the delusionary grand narrative, of which ‘economic ‘growth’ is but one.  However, there is little doubt that we will continue to see politicians and the usual suspects spout their tired, unsustainable, ‘growth’ mantras in an increasing state of panicked denial. Perhaps their time would be better spent pondering Nietzsche’s thoughts on eternal recurrence or, even better, going for a walk.

So as a modest contribution to 2012 CE wellbeing, the collective will continue with their  excursions, deep topographical exploration and simply going for a walk.    We may even manage to write some of these up. Some may scoff at such pedestrian activities, yet let us not forget that recent calls for a “jasmine revolution” in China were met with armed police descending on public places to stop people “strolling”.

The stakes are high!