Would just like to take the opportunity to wish everyone all the best for 2014.  Thank you for your support which has been much appreciated in 2013.

pare the sounding board you’ll be

for the pell-mell bells.

(Ron Butlin – from Four Haikus for a New Year).

A Musical Year: Soundtracks of 2013

Heroine of the year: Éliane Radigue.

As Radigue approaches her 82nd birthday, 2013 finally saw a release for Ψ 847,  her c. 80 min electronic piece originally conceived in 1973. Important Records also reissued the rare and monumental Adnos I-III and just before the year end Shiiin released the first complete recording of Naldjorlak I II III.  All of this recorded documentation was rounded off by being lucky enough to catch a concert in Paris of her ongoing Occam Ocean series of compositions for her trusted acoustic collaborators: Charles Curtis, Carol Robinson, Bruno Martinez, Robin Hayward, Julia Eckhardt, and Rhodri Davies.

Hero of the year: Ilan Volkov.

Curator of the world class Tectonics festival in Glasgow and (Reykjavik) bringing together works by composers such as Alvin Lucier, Morton Feldman, Iancu Dimitrescu, Ava-Maria Avram and Hanna Tuulikki. A highlight was watching Alvin Lucier lift the lid off his sonic teapot. Performers included Oren Ambarchi, Stephen O’Malley, Aidan Moffat, Hildur Guðnadóttir and Volkov himself who took part in a rousing version of Ambarchi’s Knots. In addition, Volkov continues to spearhead ‘new’ orchestral music and has conducted the BBC SSO in many fine performances including works at The Proms by Cage, Feldman, Varèse and Cardew alongside emerging, contemporary composers.

A big shout out also to the Counterflows festival. Another world class event for Glasgow which in 2013 included Loren Connors and Suzanne Langille, Phill Niblock, Jandek, Lina Lapelyte and a blistering closing set from Peter Brötzmann and Paal Nilssen-Love. The line up for 2014 is already looking pretty fabulous.

So in alphabetical order:

What they always do, very well.

Often reduced to the ‘noise’ tag. Drumm has produced some incredible deep drone music over the past few years. This is a long, unfolding masterpiece. All 2.5 hours of it.

Because anything by The Fall is worthy of celebration.

The Incredible String Band – Live at the Fillmore 1968 (Hux Records)

Long available as a bootleg, but good to have a decent recording which captures the ISB at their creative peak. “They tell me I was there” – Robin Williamson.

Bit of a lo-fi curio but a fascinating glimpse into the Jarrett mind (or self indulgent noodling depending on preference). Essentially a home recorded guitar album from 1986, but only recently released. (He also plays bass, drums, tablas, percussion, recorder, and piano).

Tremendous piece of archive reconstruction from Kyle Gann and admirably recorded by Andrew Lee.  Jeremy Grimshaw’s book on La Monte Young fills in some of the back story on this ‘forgotten’ work and Johnson’s friendship with Young.

BL has built up a fascinating body of sound work, both solo and in collaboration. Very much enjoyed a more minimal direction in 2013 and could easily have chosen 56 Revealings which was another fine release.

Roscoe Mitchell – Not Yet (mutable music)

Stunning set of concert compositions.  Features conductor Petr Kotik who will be familiar to the Cage/Feldman crowd.

Never caught the TV series but the music stands up very well on its own.  A January release for Rave Tapes should get 2014 well underway.

Open is the first Necks album that I found a bit disappointing. In contrast, this session with Evan Parker was a real treat and much more satisfying. A rare collaboration for The Necks.

What he always does, very well.

Lost track of Brötzmann’s activity in the past few years, but this is phenomenal. Teaming up with sometime rhythm section of Peter B plus FM Einheit. Melting walls, sonic attack.

These were the only ones we heard of the digital Steamroom series and are superb. The rest probably are as well.

Welcome album return and the soundtrack to the summer.

As original and inventive as ever. A holiday in Berlin coincided with a live show. David Thomas luxuriated in overt cantankerousness and necked a bottle of red wine in short order.  Table tennis sounds, Ring my Bell

You have to experience Radigue. Words fail. Meditation helps.

An even worse name but combine them Shampoo Boy and you could have a Robert Rodríguez film. A piano trio produced by Randall Dunn with some guest appearances from Eyvind Kang.

At their genre shredding best in a small basement club.

A man with a guitar, a sense of history and political commitment. Great raconteur as well.

Part of Sonic Cineplex at The Arches Glasgow.

An outdoor, summer gig in Glasgow. Also intrigued by the moon. 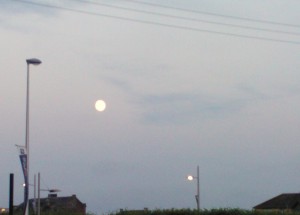 Easily the loudest gig ever witnessed.  Earplugs next time but exhilarating

This music/sound rearranges the molecules of the body. A big thanks to A who came along on what was a romantic weekend.

Mike Watt is always interesting live and intrigued to see Pilia in this setting having previously loved his Action, Silence Prayers album.

Was a bit apprehensive about this beforehand, as in may not equal the sum of parts, but what a superb evening. Patti expressed her admiration for Robert Louis Stevenson as well.

A rare chance to see a favourite band so well worth a trip to Newcastle and saw Schwitters Merzbarn wall the next day.

Broke my vow to never visit the SECC again and found electric Neil and the Horse in fine form. Out mbv’d mbv.

Not generally a fan of these end-of-year lists but this is an interesting one – there’s a lot of overlap with my own tastes and enthusiasms so I look forward to checking out some of the less familiar names and releases. Impressed to see Dumitrescu and Avram get a mention.

Thanks. Hope you find something in there. Quite an experience to see works by Dumitrescu and Avram in live performance.

Fascinating selections here with some surprises! Definitely plenty to check out. Certainly did not have you down as an Incredible String Band fan though! Best wishes for another productive year ahead.

Thanks Diana. Love the String band! Also saw Robin Williamson last year although he is doing his Celtic/world bardic thing now. Good night though. Also saw Mike Heron not that long ago playing with his daughter Georgia Seddon which was great. The folk behind ‘Shindig’ magazine produced an interesting publication last year: ‘Witches Hats & Painted Chariots. The Incredible String Band and the 5,000 layers of Psychedelic Folk Music’.. Well worth a read. Best wishes for 2014.

thanks, interesting list! Due to ongoing babydom I missed all of those gigs (did manage Bill Orcutt though which was amazing). Eliane Radigue is utterly compelling…

Thanks. I missed Orcutt but heard it was stellar. Possibly takes a while to get pulled into Radigue’s orbit but once you are in…Thanks also for the weblink. Lots of interesting things to explore.

Thanks – several of my own favourites on this list and many unfamiliar ones I would now like to seek out!

Thanks Bobby. Always a challenge to distil down a list. Lots of other great music I could have put on. A good year for music.

Always amazed at the intersections and trajectories of these list events…a good few intersections here. ‘No End’ was one of my surprise favourites of last year…as you say ‘noodling’ but also open, exploratory and tentative in the best possible way. And still wondering if I should have broken my no-reunions vow and gone to experience Television…Last time I saw Dick Gaughan was maybe 7-8 years ago at Bush Hall in London…I think we need more impassioned, unrepentant and unreasonable voices out there.

Ah, “The Hangman’s Beautiful Daughter”. I was only 11 when that album was released but I still appreciated that incredibly evocative title. It made me think and think.

And always, ALWAYS stay intrigued by the moon!

Thanks Aubrey. Yes very evocative and ‘The 5000 Spirits or The Layers of the Onion’ not far behind.

Good selection, time I moved to Glasgow. Didn’t know of Elaine Radigue so thanks for alerting.

Thanks Steve. Line up for this years Counterflows and Tectonics have just been released so looks like another good year for Glasgow. Just previewing new SLAB. Like what I’m hearing. Cheers.