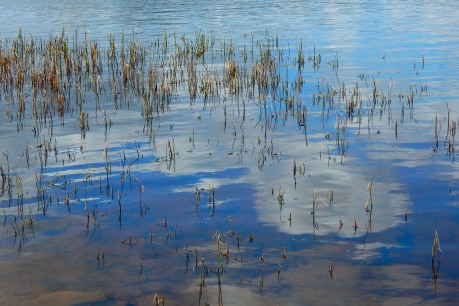 A Saturday in late April 2018. It feels like the first day of the year that the sun has risen with intent. Early morning fingers of buttery light offer the promise of holding the heat of the day and by mid-morning, a welcome blanket of ambient warmth has wrapped itself around the locality. After a run of grey skies and persistent rain, it seems like an opportune day to head a few miles north of Dunfermline, into the Cleish Hills, with a rough plan to have a look and wander around two lochs: the enticingly named Loch Glow and the more enigmatic sounding Black Loch.

As usually happens, idea takes precedence over planning and I completely fail to establish an actual starting point to begin the walk. I end up driving up the narrow back road to Cleish looking for some sign to indicate that it will lead to the lochs. A Forestry Commission entrance with a few parked cars looks fairly promising so decide to give it a shot. 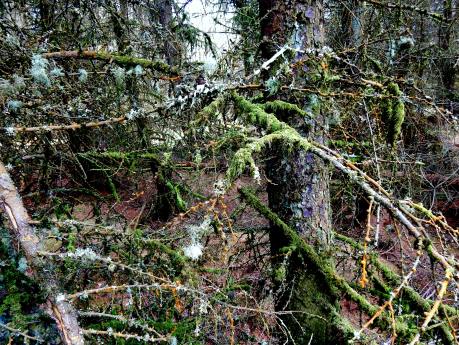 Within minutes, I’m walking through tall pine trees on either side of the track. To the south, clearly an older part of the wood. A tangle of lichen encrusted branches with hanging tufted beards. As if a gaggle of small green ghosts had been snagged floating through. 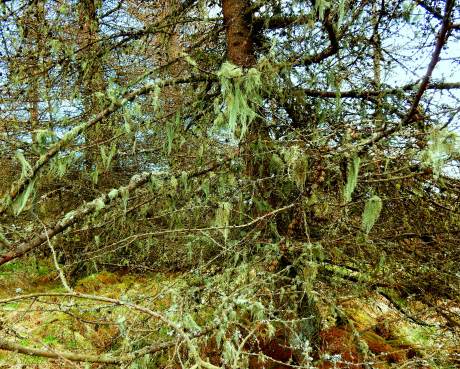 To the north, clear evidence that this is a working forestry plantation with a winding wall of large pinewood trunks stacked well above human height. 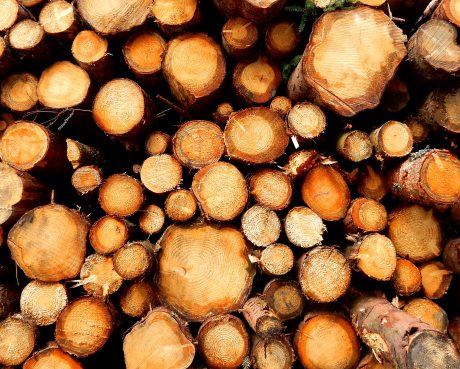 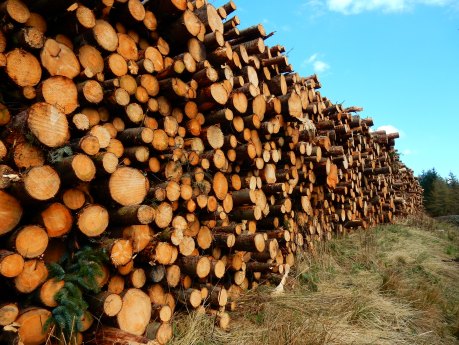 A wall of time

The track eventually veers around to the right and I finally begin to sense that this will lead to the loch side. A small stream trickles by pooling in certain places where pine needles have fallen on the surface: 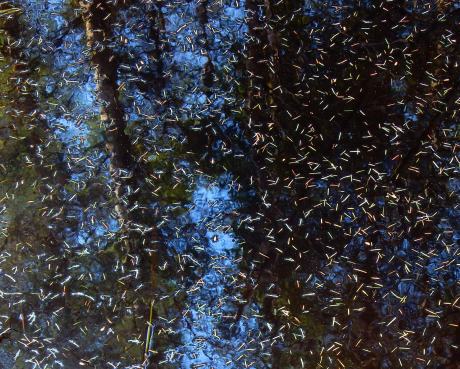 Eventually, I reach the eastern side of Loch Glow and hadn’t expected to encounter an almost carnivalesque atmosphere taking place along the immediate south bank. People fishing, drinking beers, smoking, having picnics. It turns out that Rosyth Angling Club operate a well stocked fishery, where you can buy a day permit, and it’s easy to see why it is a popular spot today as the sun is now fully up in the sky. Some fisher folk sit holding their rods in zen like contemplation whilst larger groups are more up for a party. Some rods are cast, but rest unattended at the side of the water whilst tins are shared around and the crack and laughs open up. A bunch of Polish men, with much gesticulation, appear to debate a strategy for ensuring a good catch.

It doesn’t take long to walk beyond the core huddle of fishers and within minutes even the sound of human voices has completely dissolved under the blue sky in the shimmering waters. A solitary Christmas tree looks strangely out-of-place on the loch side. 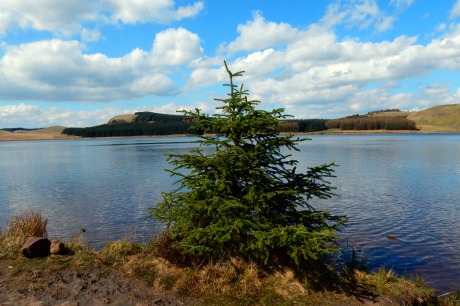 I sit for a bit to look at the sky, clouds form into Rorschach shapes whilst surface patterns on water shift imperceptibly. 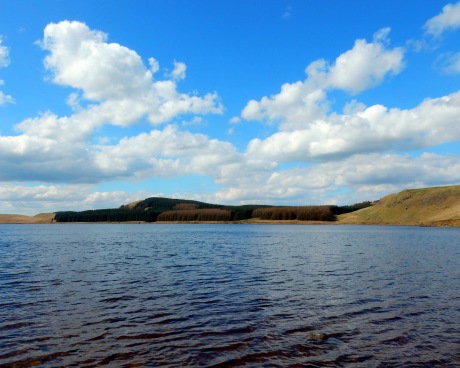 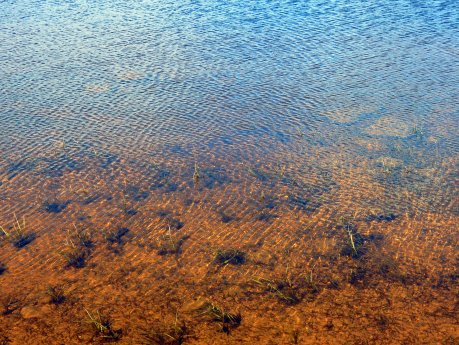 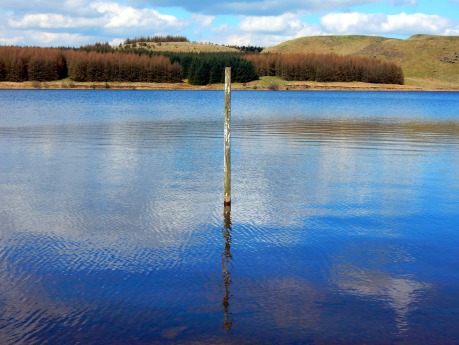 Another aspect that I hadn’t quite envisaged was just how boggy the land would be around the loch. No surprise really as I pass numerous small streams draining into it but it means that on a few occasions, I misjudge the solidity of the ground underfoot and I’m almost up to my knees in muddy slime. Reaching the western end of the loch, I head in the direction which I think will lead to Black Loch. A dry stane dyke looks like a reasonable marker to follow and the ground is a bit firmer underfoot. 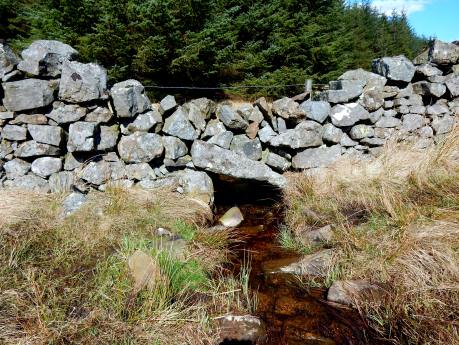 I find a peacock butterfly also out enjoying the sun and try to imagine the story behind a lone glove snagged on a barbed wire fence. Is it a deliberate sign? a direction marker? 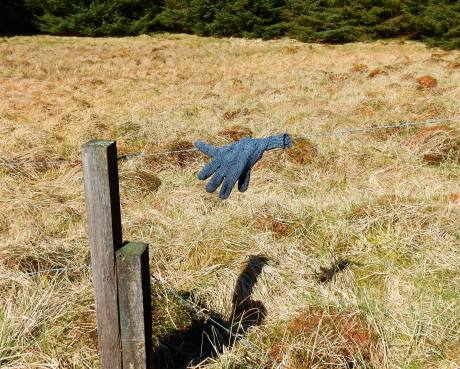 Even an absent hand casts a shadow …

As I move to some higher ground there is a clear sense of being watched. The sentinels of Knock Hill. A familiar landmark which can be observed from all directions around the West Fife landscape: 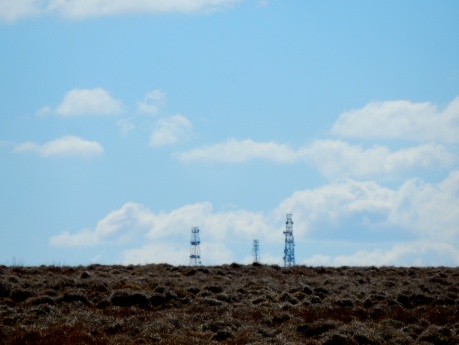 I descend towards Black Loch which is certainly defying its name today, instead a blue sheen nestles under the rocky outcrop of Dumglow. 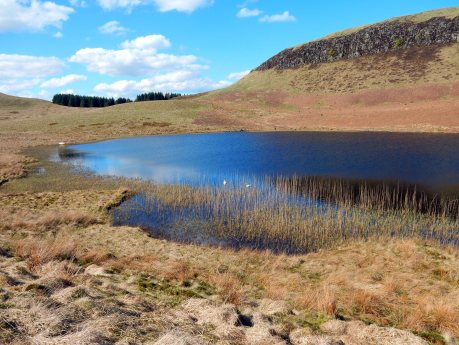 I take a rest to watch several buzzards circling overhead. A silent tussle occurs when a crow takes exception to a buzzard flying too close. The elegant bird of prey, unconcerned, simply chooses to bank higher and ascend into the blue.

A trio of clouds scud along the summit of Dumglow 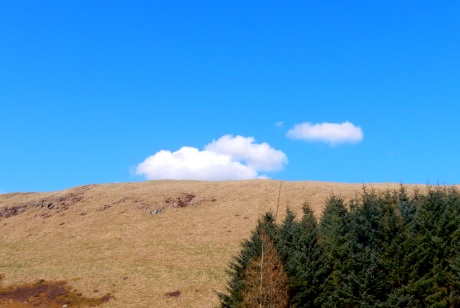 Listening for sound, it strikes me that this is a perhaps as close to the ‘idea of silence’ as it is possible to get. There is a stillness under the sun which blankets out any obvious noise, other than the occasional low hum of a passing insect. No planes in the sky, no distant traffic, strangely no bird song. Yet to look around, there are all the lines and layers of human marks on the landscape. The drystane dyke, the forest plantation, the fencing that runs up and disappears over the hill. 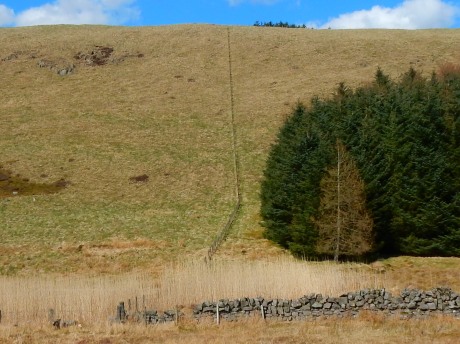 Looking away from the loch, I’m intrigued by a hermit tree, solitary in the landscape.

Down by the loch side, patterns of reeds pin overhead clouds to water, creating  a myriad of chiaroscuro effects: 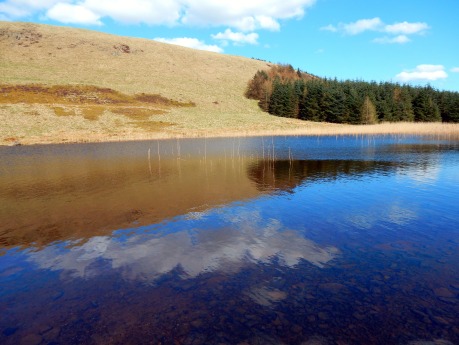 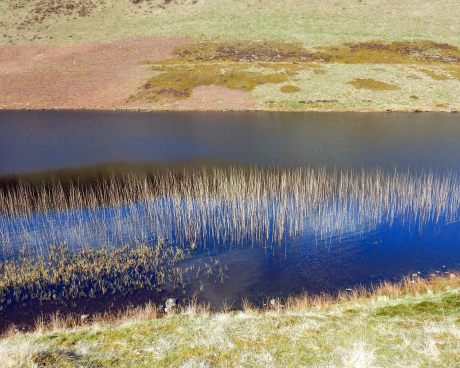 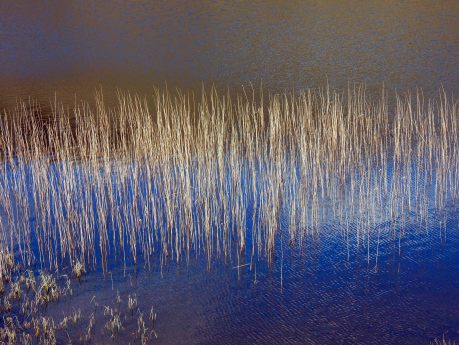 the ambivalence of water

Two white dots on Black Loch.  As I move closer to the water’s edge, they drift through the reed beds. An illusion of hovering over land rather than drifting through water. Such elegant creatures, as if visitors from another realm. Two white swans on Black Loch. 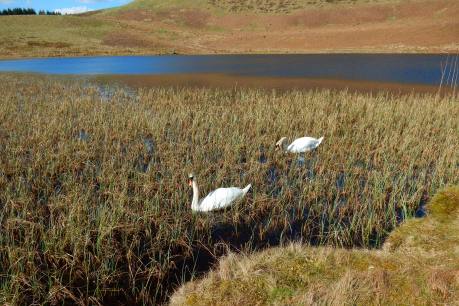 The prospect of continuing around Black Loch and up over Dumglow is appealing but looks like that would take a few more hours. Instead, I retrace the route back to Loch Glow and walk back around the north side. Once again, it is pretty much deserted until I reach the eastern side where fishing and associated activities remain in full flow. I’m also reminded that this is a functional reservoir, supplying drinking water for Cowdenbeath and the surrounding area. How often do we associate what comes out of our taps with a place like this? I’m reminded of Patrick Geddes: “it takes a whole region to make the city”. A simple reminder to question where and how our food, water and energy come from and how they are used. Basic questions presently exposing political failure as environmental crises manifest around the globe such as the poisoned water scandal in Flint Michigan and the Cape Town water shortage.

Looking back up the loch it is evident that Loch Glow is living up to its name this afternoon.

From Knock Hill, the sentinels watch and approve. 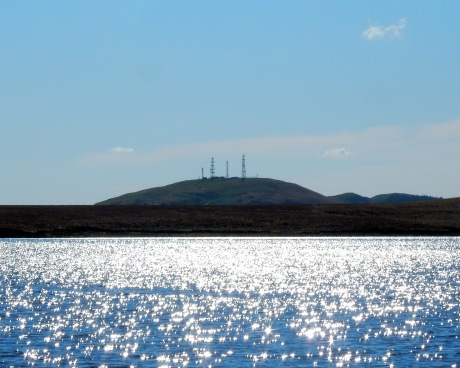 And as I head back up the track, patterns of sinking sunlight dapple the time stacked wall.

The grain of the wood, the violence of the saw. 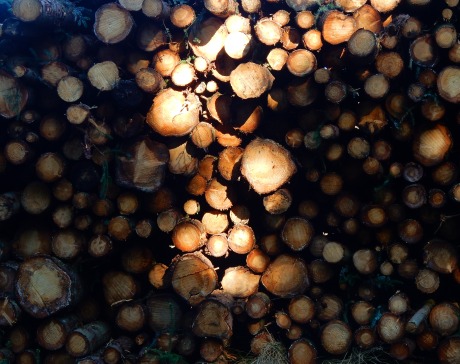