The poppies are in the field

But don’t ask me what that means

A cycle of flowering flame

in the rooted earth

That we find a crystal or a poppy beautiful means that we are less alone, that we are more deeply inserted into existence than the course of a single life would lead us to believe.

Homer mentions poppies in the Iliad, comparing the head of a dying warrior to that of a hanging poppy flower.

The god Morpheus made crowns out of the poppy flowers and gave them to those he wanted to put to sleep. Poppy flowers were used to decorate the temple. 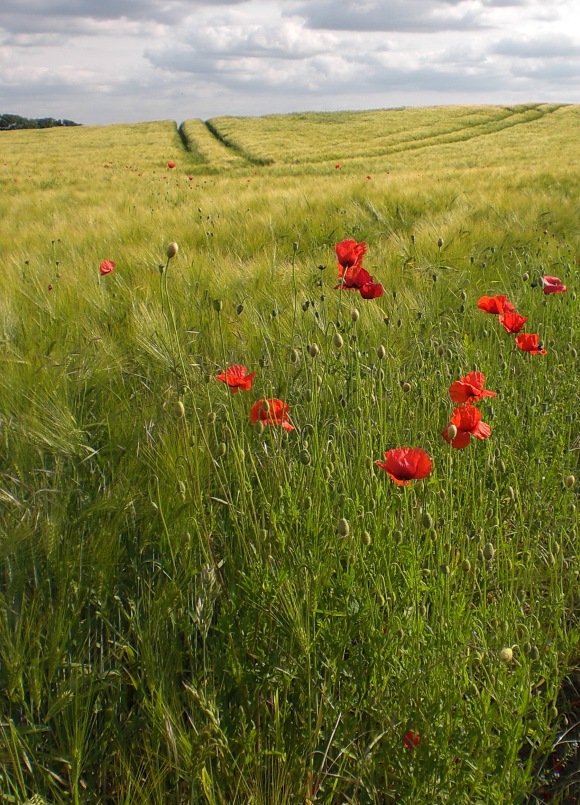 The Greeks have a legend that explains how the poppy came to be called the Corn Poppy. The poppy was created by the god of sleep, Somnus. Ceres, the goddess of grain, was having difficulty falling asleep. She was exhausted from searching for her lost daughter; still she couldn’t fall asleep and had no energy to help the corn grow. Somnus cooked up a concoction and got her to take it and soon she was sleeping. Rested and relaxed Ceres could then turn her attention to the corn which began to grow. Ever since that time the people believed that poppies growing around cornfields ensure a bountiful harvest. And so was born the Corn Rose, or as we call it today the Corn Poppy.

Adapted from The Modern Herbal 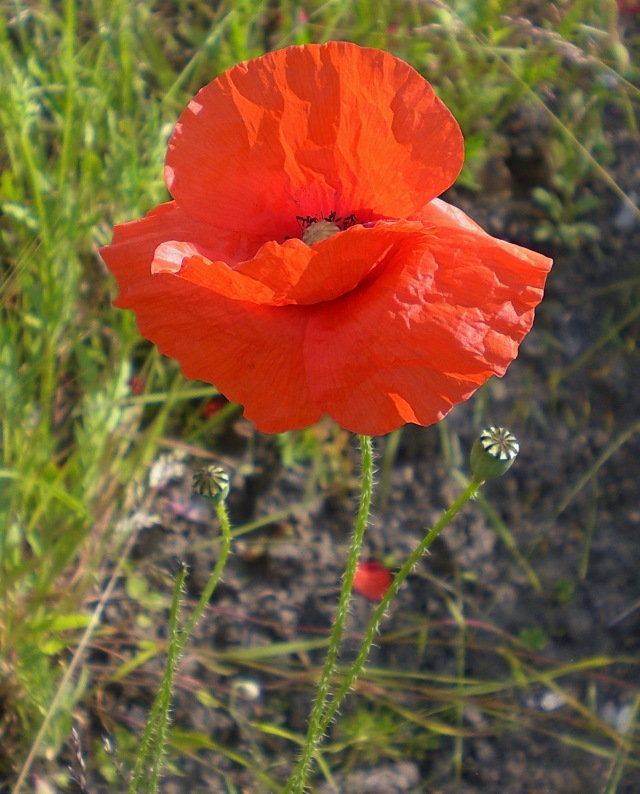 But the Poppy is painted glass; it never glows so brightly as when the sun shines through it. Wherever it is seen-against the light or with the light –  always, it is a flame, and warms the wind like a blown ruby.

Angel of History: Poppy and Memory by Anselm Kiefer.

A warplane fabricated of lead

Now Playing: Siouxsie and the Banshees  – Poppy Day &  The Teardrop Explodes – Poppies in the Field.

Thanks Margaret. Lucky to get a fine day to take them.

Wonderful post with superb photographs. I shall now see poppies in a completely new way…

Thanks Paul. Their annual short-term flowering creates such a vivid contrast in the landscape and enjoyed finding out a bit more about them when pulling this one together.

Thanks Paul. I noticed this field last year but by the time I visited all the flowers had gone. Passed the field again last night returning from holiday and most of the flowers have already gone so they don’t last for very long.

Thanks Ann and like how the Benjamin book is developing.

Thanks Ann. They do make quite a striking impression in a wheat field.

Excellent. Ceres, Goddess of Grain, not a relation to Ceres, village of Fife at all?

Thanks Lines. As far as I can see, there is no direct connection in the name which appears to be derived from the Gaelic. However, it is a fascinating coincidence that Ceres does house the Fife Folk Museum of which a large part of the collection concerns the development of local agriculture. Part of the building is also the old weigh house where grain was weighed on market days! Maybe more investigation required!

What a magnetically beautiful post – after each photo and accompanying quote, I am irresistibly pulled to the next experience.

On the beach, we have California poppies: they rest in the wind and lie across the hills in red and yellow strokes.